I know a crazy title,  but I never claimed to be clever.  So those are the 2 things I used up recently.  And here is how I did it.

I made pizza with the arugula. My husband had some arugula in his sandwich the other day and he did not like it too much. So I was a bit worried this recipe would be a flop, but it was a hit with everyone.  Without further ado...

Preheat the oven to 400.  Heat oil in a large skillet over medium heat.  Add the onions and cook, stirring, until golden and the edges are browned about 10-12 minutes. Add the arugula and cook until wilted, about 1 minute.  Season with salt and pepper.
Place the tortillas on the baking sheet and top each with the arugula mixture.  Crumble the cheese over each and bake until the cheese is slightly melted, about 10 minutes.  Let cool for a few minutes, then cut each pizza into 4 wedges and serve.

And now for the Kale. Don't faint, but I actually followed this recipe... LOL!  It would have been REALLY good had I not overcooked it. I did not burn it, but the cheese was a little too hard. Oh well. I have more Kale this week so I am doing to try again. So... here we go...

Removed the stems and ribs from the Kale, and shred the kale very thinly. Spread the shredded kale onto the baking sheets, and sprinkle evenly with Cheddar Cheese.

Bake kale for 10 minutes, watching carefully to prevent burning, until the kale is crisp and the cheese is browned.
Labels: Recipe 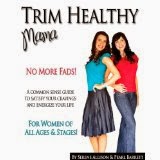